Artistic Dance Center (ADC), was established in Doral, FL under the direction and vision of Elizabeth Acuña Nuevo. Since its establishment in May of 2003, it has trained it’s students for professional careers in ballet and other dance forms. In 2006, Lissette Salgado Lucas joined the staff at ADC, later to become the Assistant Director of the school. 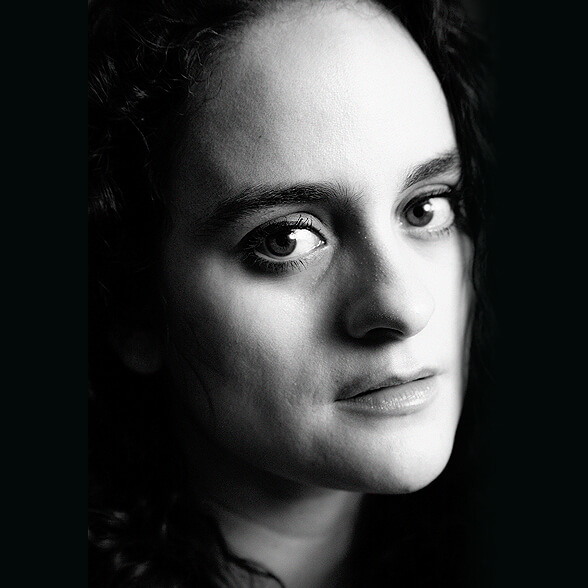 Priscilla Marrero is an experimental choreographer, performer, filmmaker, writer, and teaching artist originally from Miami, Florida. She began teaching and choreographing when she was seventeen years old at the Artistic Dance Center, and fell in love with the process of facilitating interdisciplinary experiences with diverse communities. She has been invited to offer educational experiences for Arts for Learning, dance studios, low-income housing projects, Senior-Living facilities, and was the Español specialist at The Calhoun School in New York City for five years. Priscilla graduated from Florida International University with a BA in Performance and Choreography (09’) and is currently an MFA Candidate for Experimental Choreography from the University of California in Riverside (22’), receiving the Chancellor’s Distinguished Fellowship Award as well as the Gluck Classroom Fellowship for her research. Priscilla has received support from Miami Dade Community Grants, Inkub8 Artist Residency from Knight Arts Foundation, Here and Now Artist from Miami Light Project, Artist Access Grants and more for her work as a choreographer. Her classes are centered around progressive, positive, and holistic methods to help facilitate authentic mind, body and spiritual connections. Building community through the arts is a passion of hers, and she looks forward to every gathering as a ritual of sharing deeply with others. She lives and works in Harlem, New York and often travels to Miami Beach for some cafecitos, the ocean, and some familia time. For more info visit
www.priscillamarrero.com. 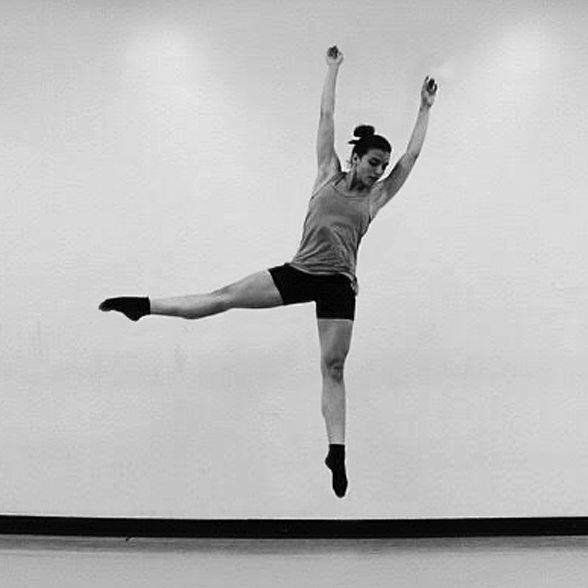 Andrea Jonusas, born in Baranquilla, Colombia, began her classical ballet training with Vivian Tobio in Miami, Florida. She then joined Artistic Dance Center under the direction of Elizabeth Nuevo and Lissette Salgado Lucas. In 2009, she was invited to join Josee Garant Dance Company as a company member, with whom she danced for three years. She also performed in the full­length performance of Don Quixote with the Cuban Classical Ballet.

Andrea graduated New World School of the Arts in 2015 with a Bachelors of Fine Arts. Her choreography titled “A­Z” was featured at their annual Rising Stars performance. She was also invited to choreograph for the High School Spring Concert which will take place in May 2016. She currently teaches at local ballet studios and in choreographing and coaching young dancers for competitions. 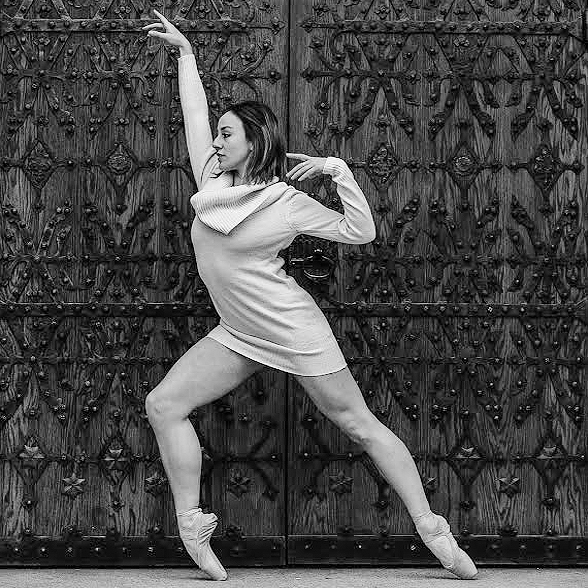 Elizabeth Arencibia began her classical ballet training at Artistic Dance Center. In 2009, she joined Josee Garant Dance Company, with whom she danced for three years. Elizabeth was honored to perform with the Florida Grand Opera in their performance of “La Traviata” in 2013.

Elizabeth graduated in 2015 from New World School of the Arts with a Bachelors of Fine Arts. She now lives in New York City and is a company member with Ballet Inc. She is currently auditioning for contemporary ballet companies and works full-time as the Theatricals Coordinator at the Capezio flagship store. 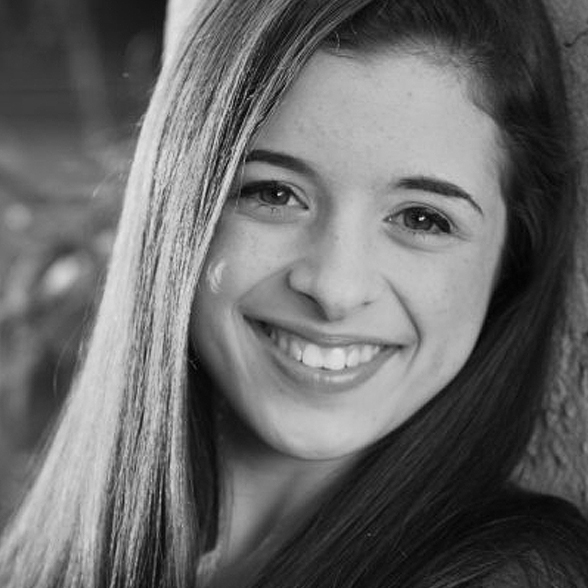 Lynn Mantay began her dance training at the age of four and danced at various schools throughout Miami. At age 14 she continued her ballet training with Elizabeth Acuna Nuevo and Lissette Salgado Lucas at Artistic Dance Center. She had the opportunity to perform many classical and contemporary works in competitions such as Youth America Grand Prix and the American Dance Competition. In these competitions she acquired scholarships to several summer intensive programs, such as the Rock School and Lexington Ballet as well as getting the chance to compete in the New York City finals of Youth America Grand Prix. At age 15, she began assisting in ballet classes for pre-ballet through level 2 and soon continued to teach on her own at Artistic Dance Center. After graduating high school at age 17, she decided to continue her training at Miami City Ballet School’s Pre-Professional division, where she had the opportunity to dance with the company as Chinese Tea in George Balanchine’s the Nutcracker. She entered FIU a year later to pursue a career in education while teaching classes at artistic dance center. She graduated on the Dean’s list and is now working as an elementary teacher while continuing to be involved in the dance community. 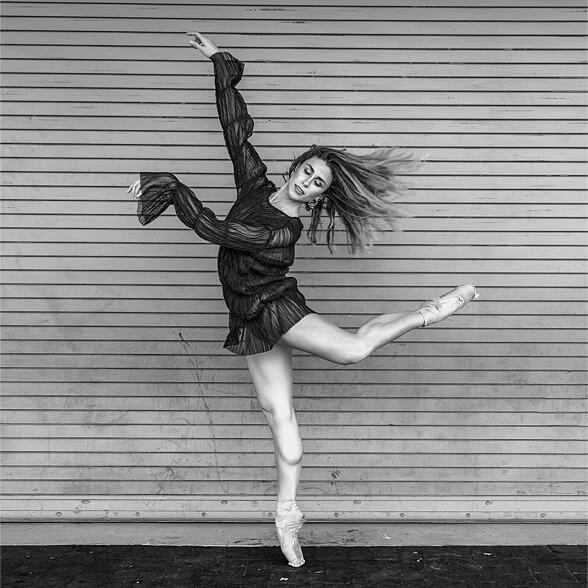 Sofia earned many accolades in national competitions such as the American Dance Competition and Youth America Grand Prix, where she was invited to and attended the New York finals. She expanded her ballet training by attending reputable summer ballet intensives, such as New York’s School of American Ballet on full scholarship and Orlando Ballet and Sarasota Ballet on partial merit scholarships. Sofia is also a proud Young Arts Alumn (2012).

In 2012, at the age of 17, she accepted a professional contract with North Carolina Ballet Theater (recently re-named Charlotte Ballet) under the direction of Jean Pierre Bonnefoux and Patricia McBride and performed many classical and contemporary, original works by Jean Pierre Bonnefoux, Mark Diamond, Dwight Rhoden, Desmond Richardson, and Sasha Janes. In 2014, Sofia guest danced in Desmond Richardson’s “Way of the Rain.”

Sofia began her career as a Classical Ballet Teacher and Choreographer in 2013. She has dedicated her teaching career to training students of all ages and levels and instilling the values and principles associated with ballet training in her students. Some of these values and principles include hard work, determination, discipline, confidence, and perseverance.

In 2014, Sofia accepted a contract as a soloist with Florida Grand Ballet. During her time with Florida Grand Ballet, she performed roles in La Sylphide (soloist), Paquita (soloist), Rose Adagio from Sleeping Beauty, and other contemporary works. From 2014-2016, Sofia participated in performances in Miami, FL as a freelance guest artist. In 2015, Sofia accepted the position as Co-Director of the Prima Ballet Team at Maria Verdeja School of the Arts and was later promoted to Team Director until 2019.

Sofia Arencibia holds a Business Administration and Management Bachelor’s Degree from Florida International University. She is also the Founder and Director of Movement Miami, an at-school Creative Movement and Introduction to Dance Technique Program for children. During the summer of 2019, Sofia was presented with the opportunity to return to her home studio, Artistic Dance Center, as the Associate Director and later that season took on the role as Artistic Director. Sofia is honored to carry on the legacy of ADC through her leadership and continues to uphold the high standard of dance training, established by Founder Elizabeth Nuevo, that Artistic Dance Center is known and recognized for. 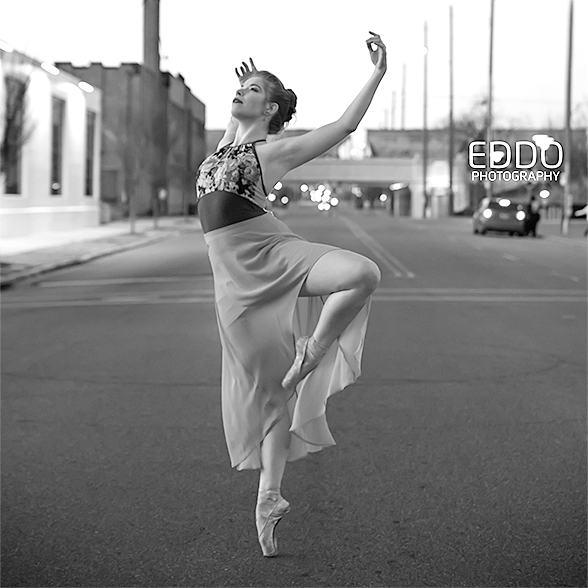 Nadine, born in California, is currently in her second season with Alabama Ballet performing soloist and corps de ballet roles. Some of which include: Queen of Dryads in the Dream Scene of Don Quixote, Red Girls in Le Patineurs, Summer Fairy from Roger Van Fleteren’s Cinderella, and Prayer Variation in Coppelia. Living in Birmingham, Nadine has gotten many choreographic opportunities. She recently won by public vote at AROVA Contemporary Ballet’s Choreographer’s Showcase, and is contracted to set a new work on the company in next season’s spring performance. Working with the Alabama Dance Council, her piece “Tessellate” was performed in the Eastlake Artist Festival to involve the public with the arts. Ms. Barton also teaches ballet, jazz, and contemporary at local dance studios in Birmingham, as well as an outreach program of the Alabama Ballet modeled after the Boston Ballet program. City Dance brings dance education to inner-city schools, providing underprivileged children with the opportunity to learn about all aspects of dance.

She began to train classical ballet with Orlando Ballet. She then trained in Miami with Artistic Dance Center of Doral under Elizabeth Acuna Nuevo and Lissette Salgado Lucas. There she was introduced and later recognized in competitions such as the Youth American Grand Prix, where she earned Gold in 2011 semifinals and participated as a finalist in New York. At the American Dance Competition she won the “Traditional Excellence Award” for the pas de deux of Giselle Act ll, and the “Honorary Fernando Bujones Excellence Award”. Along with these schools she has studied under Miami City Ballet, a trainee with the Sarasota Ballet, performed with the Cuban Classical Ballet of Miami, and an apprentice with Oklahoma City Ballet. In 2012, Nadine became a finalist of the YoungArts organization, and since then has been invited to choreograph and dance as a recognized alumni. 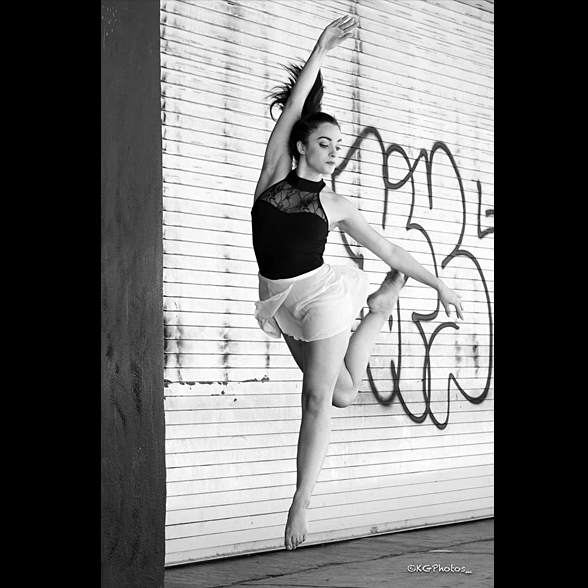 Amanda graduated from Immaculata La Salle High School and Artistic Dance Center in 2013. She has had the honor of being trained by Elizabeth Acuña Nuevo and Lissette Salgado Lucas. While at ADC Amanda has placed and won at various national dance competitions. She has attended summer programs on full or partial scholarships with the following: Ballet Met, Chautauqua, NCDT now Charlotte Ballet, Joffrey Ballet Chicago, Hubbard Street Dance Chicago. She auditioned and was chosen to for the prestigious Butler Ballet program at Butler University in Indianapolis, Indiana. While there, she is working to acquire a Dance-Pedagogy degree with Business Law and Business Entrepreneurship and Innovation minors. She will graduate in 2017 and hopes to dance with a professional company once she graduates. While at Butler, Amanda has been awarded a Butler Merit for her performances in the Nutcracker and has accepted an invitation to be part of the National Society for Collegiate Scholars for her academic prowess. Since being part of the dance program, she has performed in ballets like the Nutcracker (every year), Midwinter Dance Festival (every year), Cinderella (2014), Sleeping Beauty (2015), and Swan Lake (2016): each performance is accompanied by a live orchestra. She has been recognized by her abilities and was cast to dance a demi soloist role in the Nutcracker her sophomore year in Spanish dance and then as a lead Carabosse assistant in Sleeping Beauty. Once her career at Butler comes to an end, she hopes to dance with a company and then to open her own professional dance company with the experience she has acquired. 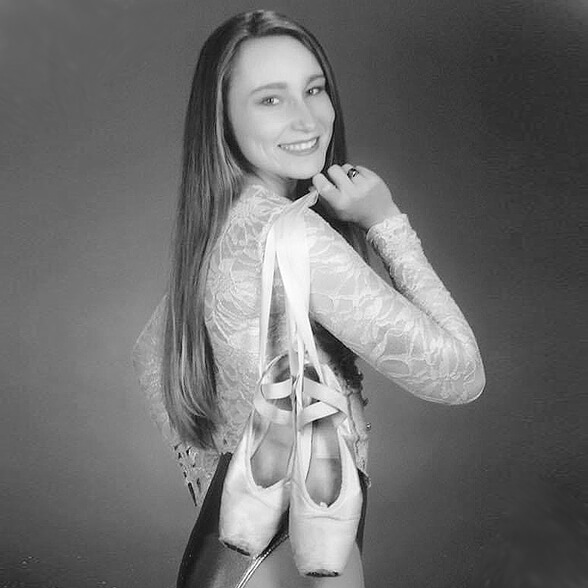 Brittney Shatas began dancing at Artistic Dance Center during the 2005-2006 season. She started her training in Level 2 and worked her way up through each level until she reached the ADC Company level. After graduating high school, she earned her Bachelor’s Degree in Fine Arts from Miami International University of Art and Design. Brittney is now an elementary school art teacher and is very happy to have the opportunity to work with her students and share her passion for the arts with the next generation. 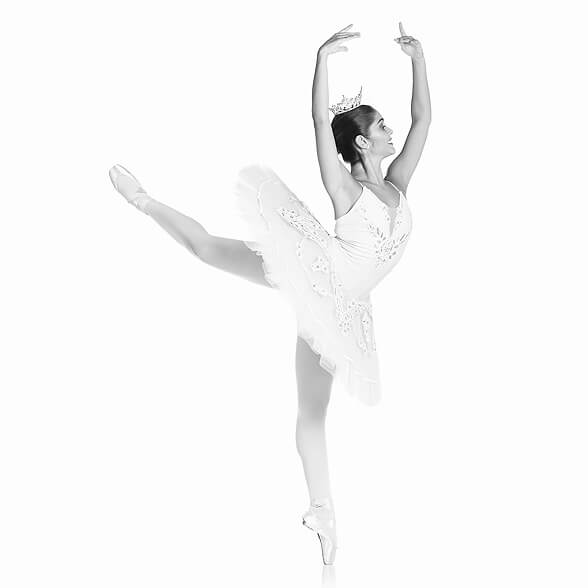 Miranda Montes De Oca started at Artistic Dance Center when she was six years old and graduated ADC at 17, in 2019. While at ADC, Miranda performed many lead roles such as Dorothy in the Wizard of Oz, Jessie in Toy Story, and Arabian in the Nutcracker to name a few. Being part of the school, she attended many prestigious competitions in which she learned so much. 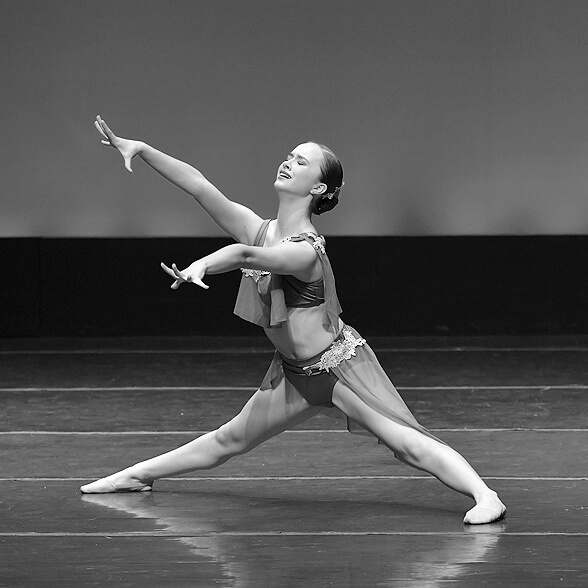 Aliene Cochran has been a student at Artistic Dance Center since the age of 4; training in ballet, contemporary, aerial and many other styles of dance. Aliene recently graduated from the performing arts program for dance and theatre at Doral Academy High School, and is continuing to explore her passion for the arts at Florida International University. Aliene has participated in numerous performances and competitions with ADC but has also been a part of productions such as, “Aladdin”, “Hairspray”, and “The Addams Family” in her theatre program. Aliene is now part of our ADC staff and is devoted to passing on her love and passion for the arts to many younger generations to come.